The Ocelots of Foothill Boulevard 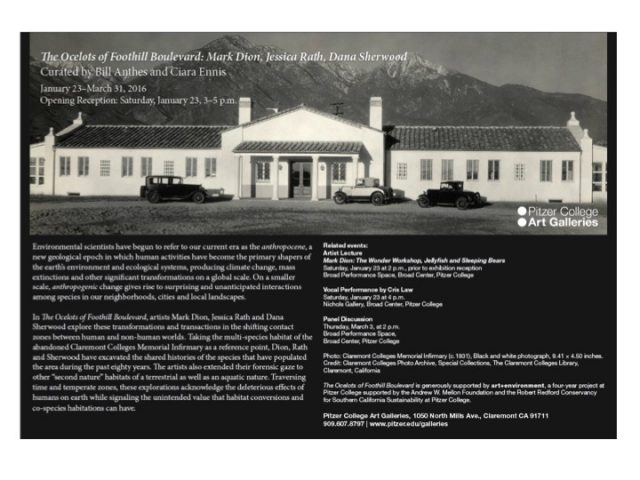 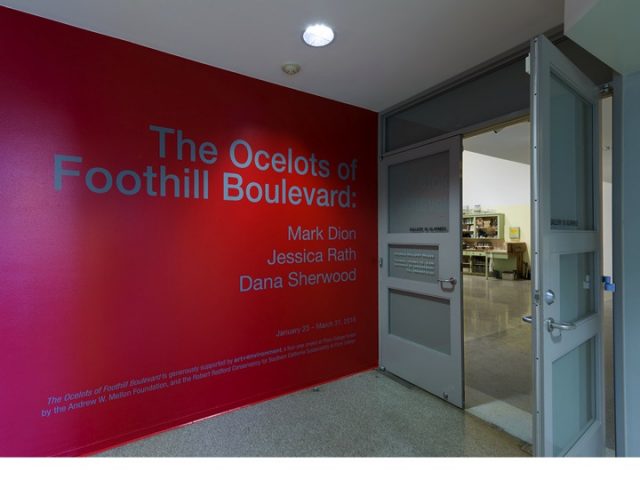 The exhibition references the historic infirmary building designed by the firm of Marston and Maybury in 1930 on the Claremont Colleges’ North Campus property, which is being redeveloped as the Redford Conservancy. The infirmary sits on the 86 acre Bernard Biological Field Station (BFS) and was abandoned and boarded up in the 1990s after a fire. 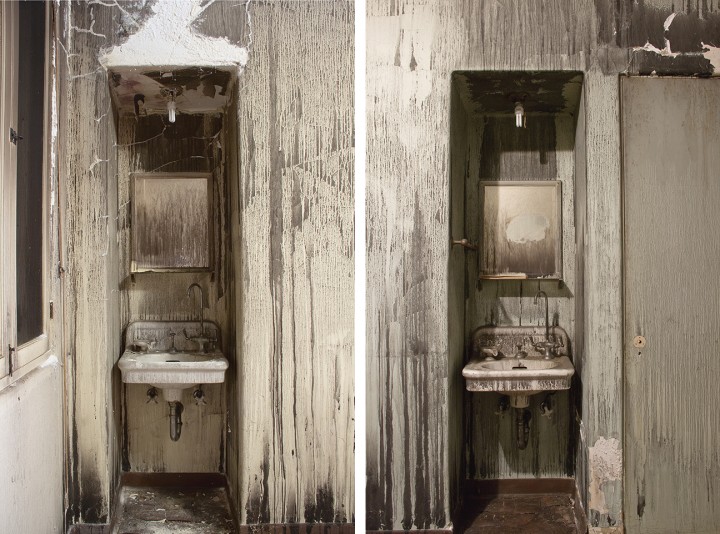 from the exhibition essay…

I sit here looking at a lovely animal through a microscope, tawny golden legs bent with grace, her back baby blue velvet. I was never supposed to see her. I am human and with my naked eye she is almost invisible—legs like fine hair, a speck for a body. She was never supposed to see me; her natural plant community, California Sage Scrub, was habitable for indigenous Tongva people but not for other cosmopolitan humans. I came here from Missouri and, unlike the Tongva; my ancestors were in Central Europe one hundred years ago.

This spider (Psilchorus utanensis) needs very, very little water. She survives only in this habitat type, a place I could not exist, but I do, in a modified habitat next door. Water has been fed into the Pomona Valley for consumption by cosmopolitan humans and their plants and animals for over 100 years, creating land that displaces this tiny endemic spider. 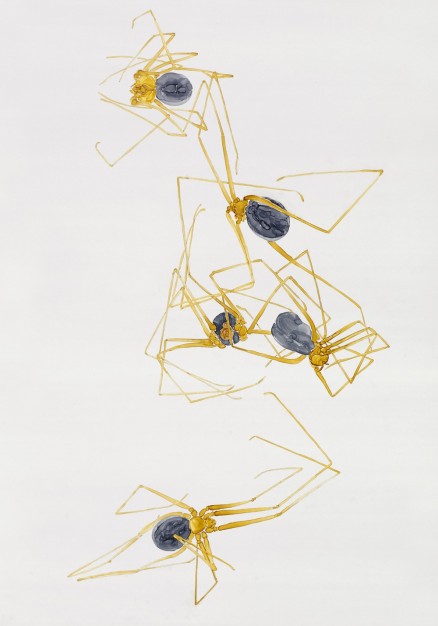 Adjacent to the small parcel of California Sage Scrub in the Bernard Field Station, is the infirmary. Closed in the 1970s, the building became home to many non-humans including non-native honeybees (Apis mellifera), who made layers of hive in the deep recesses between the boards and window glass. The hives are thick with age. The bees recycled the thin-walled honeycomb for years to use as brood comb to hatch larvae. Each cell is resin-brown from propolis used to sterilize the walls with every birth. 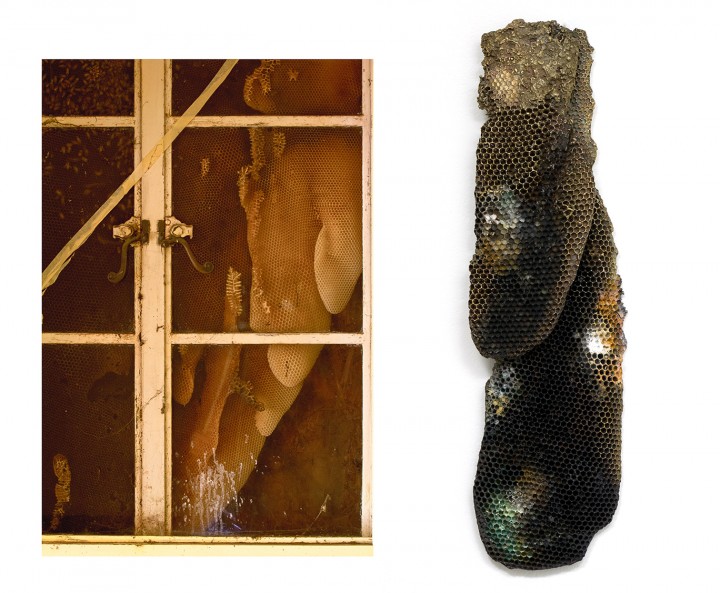 For years biologists collected samples on the field station and left the infirmary and bees alone. The comb grew thick— thick enough to cast in bronze. The unusual circumstance of this creature living between outside and inside, undisturbed at the edge of a ruin, allowed for a growth not normally seen in hives. 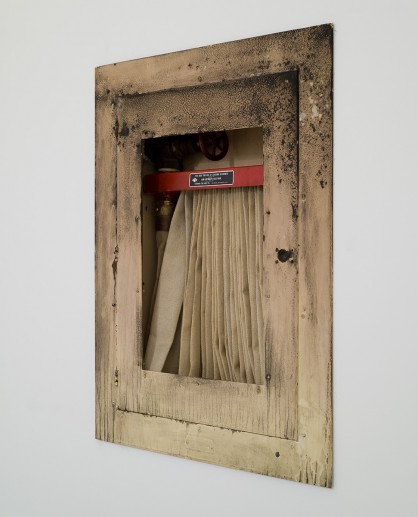 These arthropods, both bee and spider, at this suburban/urban interface serve as reminders that cosmopolitan humans are on that border, teetering on an infrastructure of human-induced water that precedes our current water crisis. We have brought in water in sinks, fountains, spigots and irrigation systems. While humans beg for water, it is this same resource in over abundance on the “suburban” college land surrounding the remaining parcel of California Sage Scrub that displaces native species. Our need for water is pushing the last natives and their habitat from the basin. 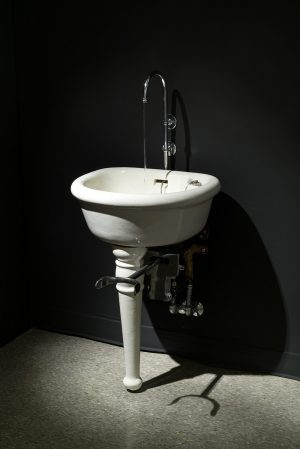